The following definitions of words and phrases commonly used in trials will be very helpful.

Action, Case, Suit, Lawsuit: These words mean the same thing. They all refer to a legal controversy brought into court for trial.

Affidavit: Written statement made under oath or affirmation.

Affirm or Affirmation: Some people are opposed to taking an oath, so instead they "affirm." It is a pledge made with a sense of responsibility for the penalty under law for making a false statement. 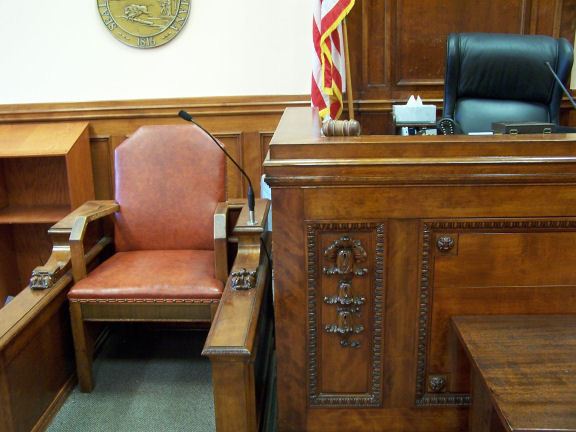 Amended Pleading: Before the case comes up for trial, or even during the trial, parties sometimes make changes in their pleadings, such as "Amended Complaint," Amended Answer," and so forth.

Answer: The paper on which the defendant answers the claims of the plaintiff.

Argument: After all the evidence on both sides of a lawsuit is in, the lawyer on each side is permitted to tell the jury what he or she thinks the evidence proves and why their side should win. This is usually called an "argument" or "summing up."

Bailiff: A court attendant charged with keeping order in the courtroom during a trial. He or she attends to the jury outside the jury room while the jurors are deliberating on a verdict.

Cause of Action: The legal ground on which a party to a lawsuit bases his or her claim is usually referred to as a "cause of action."

Challenge for Cause: When examining a prospective juror, a lawyer may think the juror is prejudiced or incompetent to serve for other reasons. The lawyer may then ask the judge to excuse that juror. This process is called challenging for cause.

Clerk: A clerk of court is an officer of the court who keeps its records and accounts, and enters in books a report of all official proceedings and orders. Either the clerk or a deputy is generally present in the courtroom during all trials.

Complaint or Petition: The paper on which the plaintiff sets forth his or her claims against the defendant.

Counterclaim or Cross-complaint: The paper on which the defendant claims he or she is entitled to damages or other relief from the plaintiff.

Court Reporter: A person who takes down in shorthand, or by some recording device, the actual proceedings of the trial.

Cross-examination: The questions that a lawyer asks the party or witness on the opposing side.

Defendant: The person against whom a lawsuit is started. In a criminal case, the person charged with an offense.

Deposition: The testimony of a Witness written out in question-and-answer form before trial, just as it would have been (given in Court.

Exhibits: Articles such as Pictures, books, letters and documents.

Expert Witness: A witness who has special, scientific or Professional training or experience, such as a doctor or professional engineer, etc.

Grand Jury: A group of six citizens, chosen from county records in the same manner as petit jurors. A grand jury investigates crimes committed in the county and decides whether charges should be filed. If so, it presents indictments to the Court.

Hung Jury: A petit jury that, having retired to deliberate upon a verdict, has reported it cannot agree but has not yet been discharged.

Issue: A disputed question is referred to as an "issue."

Jury Panel: The whole number of prospective jurors, from which the trial jury is chosen.

Oath: A pledge made with a sense of responsibility to God.

Opening Statement: Before introducing any evidence, a lawyer is permitted to tell the jury what the case is about and what evidence he or She expects to bring in to prove his or her side of the case.

Parties: The plaintiff and the defendant. They are also called litigants. Sometimes there is more than one plaintiff, or defendant.

Peremptory Challenge: A lawyer may demand that a specified number of prospective jurors be excused. No reason need be given. The judge must excuse the jurors designated. The laws of the state, the rules of the court, and the judge determine the number of such challenges.

Plaintiff or Petitioner: The person who stalls a lawsuit.

Pleadings: Papers filed in a court by the parties, stating their claims against each other.

Record: The word-for-word record made by the official reporter of all the proceedings at the trial.

Reply: A pleading filed by the plaintiff answering any new matter set up in the defendant's answer.

Rest: A legal phrase meaning the lawyer has concluded the evidence he or she wants to introduce at that stage of the trial.

Subpoena: The notice to a witness that he or she is to appear and testify.

Summons: The notice to the defendant that he or she has been sued. It is made out by the clerk and served by the sheriff.

Trial Jury: Jurors sworn in as the jury to try a particular case.

Voir Dire (Pronounced vwar deer): The examination of the prospective jurors for the selection of the jurors to try the case.
Facebook
[]