It is the responsibility of the Miami County Election Board to conduct all elections and administer the election laws within the County (I.C. 3-6-5-14).

Primary Election day is the first Tuesday after the first Monday in May. Indiana primaries are "closed" primaries. When you sign in at your polling place, the clerks will ask you which political party ballot you prefer. You vote for only the candidates on this ballot. In the primary, you will nominate the candidates of your party who will be on the ballot in the general election. If you are 17 years of age at the time of the primary election, and will be 18 before the general election, you may cast a vote in the primary election.

General Election day is the first Tuesday after the first Monday in November. Listed on the ballot will be candidates of both major political parties and third party candidates. At some elections, referenda may be included on the ballot.

Nonpartisan Elections may be held at the same time and place as the primary election. You must be 18 to vote in these nonpartisan elections. Selected at these elections are school board members. You need not declare a party preference if you are voting only in these elections. 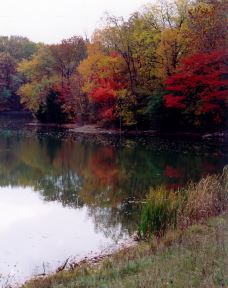